HOW I GOT INTO GUNSMITHING

I was born in Evansville Indiana, and raised in a rural setting where I spent much of my time in the outdoors.  At 6 years old I tagged along (unarmed) with my father on my first hunt for rabbits.  At age 8, I was handed a .410 for a trip afield with the old timers and fell in love with the culture.  Many stories of their adventures and exploits, along with discussions on the merits of various firearms have burned themselves into my memories of the Good Ol’ Days.

By the 7th grade, while others were spending their spare time at the local soda shop or sitting at home watching American Bandstand, I was hanging out at the local gun shop.  At first a nuisance, I soon became an accepted fixture around the shop and again listened to stories of the men who captured my imagination with their tails ranging from local varmint hunting to adventures in deep dark Africa.

I became fascinated with the old gunsmith at that shop and learned a lot about how he did business.  He spoke to me as if I were an adult and his good-natured attitude toward “The Kid” (me) encouraged and inspired my love of the gun culture as it existed in those days.

At 18, I was finally legal under Indiana law to purchase my own firearms.  I soon had a Grand M1 and .30 cal Carbine which I acquired through the DCM.

After High School, Vietnam was raging and I joined the Navy. I excelled in math and science and was selected to go into the Nuclear Power Program where I learned much about engineering, physics, metallurgy, thermal dynamics, and on and on.  After all that schooling, which is touted by some to be the equivalent of an MIT education,  I went to sub-marine school, eventually becoming a crew member in the Engineering Division of a Nuclear sub out of Charleston, South Carolina.

Around 1967, Among the crew of my submarine, word got around that Navy pistol teams were forming and looking for volunteers. I jumped in that with both feet.

As a member of the ship’s pistol team, I was issued an “Accurised” 1911 A1 .45 acp pistol and a Colt Target Master .22 by the US Navy. The team’s .45s were prepared by the Charleston Naval Base Armory with approved modification as well as closely held secrets of the Navy Gunnersmates stationed there. In those days, aftermarket items were rare and the ones available required talented gunsmiths with significant equipment.

After formal training, every Monday, we would pick up a brick of match .22 ammo and a metal can of 500 rounds of match .45 ACP at the armory.  We were expected to practice, using 100 rounds each of .22 and .45 ammo every day so that we ran out of ammo on Friday.  I wish I had a ton of the .45 match brass that I shoveled into trash cans.

Around that time I was also sent to the Paris Island Marine base to be trained on the Thompson Sub-machine Gun.  Due to space limitations aboard a sub, the available weapons of the day limited us to .45 pistols and Thompsons. Like most guys when I first arrived at Paris Island, I was lucky if I could hit a barn but after the training and practice, I could empty a 30 round magazine into a playing card at 50 feet.  Now, many years later and after handling USI’s and M16’s, I still prefer the Thompson for the pure fun of it.

After a while on the pistol team, many of my team mates began to murmur about wishing they owned their own 1911, rather than the issue weapon they were not allowed to personalize.  Pride of ownership and all that.  I decided to see what I could do about it.

I hung out at the armory and asked questions about what they did to the issue weapon to make it more accurate and bought books on the subject.  At the time, after market parts were few and far between, but I manage to find frames and parts and knowledge.  From about 1968 through 1974, I made a number of pistols with good results.  Soon, however, life got in the way.

I Received an Honorable Discharge from the Navy and began the next phase of my life with my wife and two babies.  Using my training in Nuclear energy, I have been to more then 35 different Nuclear Power plants through out the country for everything from new-construction to refueling.  My gun building became very back burner.  I did, however, begin making AR15’s in the early 90’s, but was again interrupted after several years.

A few years ago, I found myself in a position to retire from the nuclear industry and decided to let my love of these guns blossom.

With an encouraging wife and a good chunk of our life savings, I have invested in the finest tools I can afford, expanded my training, contacts, and suppliers.

In the 1960’s and 1970’s, outside the military, the 1911 was pretty much a paper puncher.  The wheel gun was king.  Currently, automatics have proven their worth and taken over much of the sporting, law enforcement, and military application.  I have spent the last several years expanding and adjusting my concepts to address modern needs and take fine gun building to state-of-the-art. 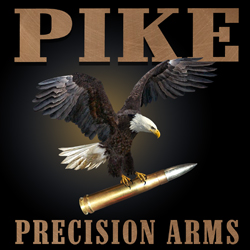